Hayes is the older brother of center Kevin Hayes, who is currently playing for the Philadelphia Flyers.

Hayes spent three of his seven NHL seasons in Chicago, where he compiled 13 points (six goals, seven assists) in 43 games from 2011-14. He also appeared in two postseason contests during the 2012 Stanley Cup Playoffs and spent four years with the Rockford IceHogs of the American Hockey League. 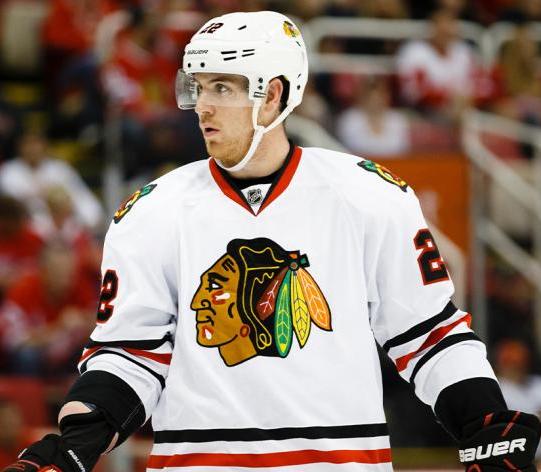 The Blackhawks acquired Hayes’ rights in June of 2010 in exchange for a second-round pick and signed him to an entry-level contract after three seasons at Boston College. He made his NHL debut on Dec. 30, 2011 against the Detroit Red Wings and scored his first career NHL goal in only his second game on Jan. 2, 2012 against the Edmonton Oilers. He was eventually traded to the Florida Panthers in November of 2013.

Hayes accumulated 109 points (54 goals, 55 assists) in 334 games during his NHL tenure with four different teams. He was drafted by the Toronto Maple Leafs in the second round (No. 60 overall) of the 2008 NHL Draft.