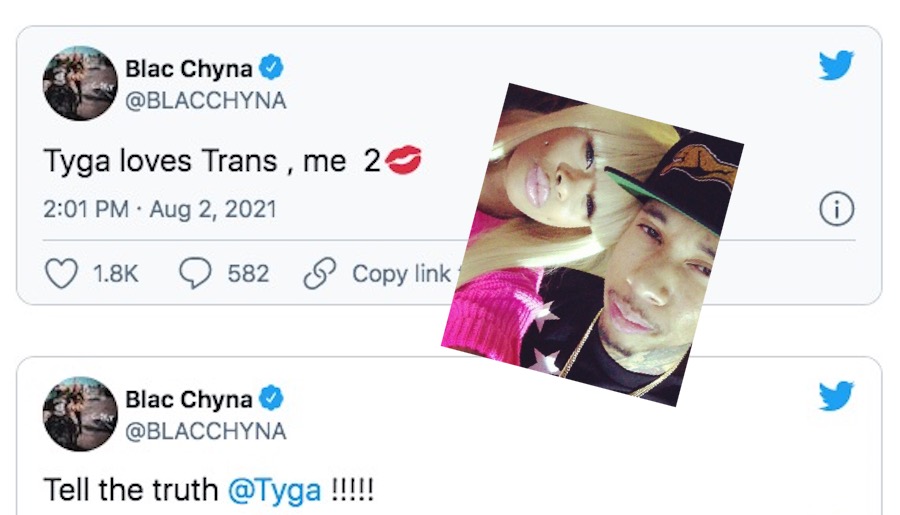 It’s unclear what provoked the series of tweets. Rap-up pondered if Chyna was hacked. In any case, the tweets currently remain intact on the model’s timeline.

The former couple, who split in 2014, share an 8-year-old son, King Cairo. After their split, Tyga went on to date Kylie Jenner. In an interview with Wendy Williams, Chyna said she wasn’t aware of Tyga’s relationship with Jenner until she was “thrown out” of their shared home, writes rap-up. 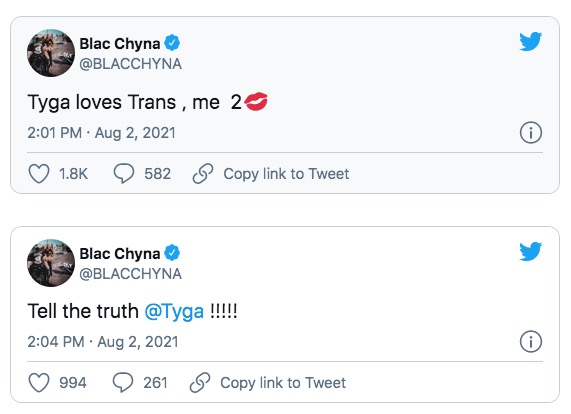 The rapper has not addressed Blac Chyna’s comments.

On Friday, he released his new single “Mrs. Bubblegum.” Blac Chyna is also focused on her music career and recently dropped her single “Thick” featuring Desiigner.