hockey, Vladimir Tsyplakov cause of death

LOS ANGELES, CA. (THECOUNT) — Vladimir Tsyplakov, a Belarusian hockey player who spent six seasons in the NHL with the Los Angeles Kings and the Buffalo Sabres, has passed away. He was 50.

The Belarus Hockey Federation confirmed Tsyplakov’s death on Saturday, without giving any information on the circumstances of his death. 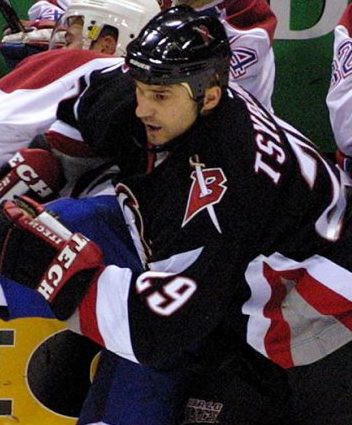 The federation said in a statement that when Tsyplakov turned 50 in April, “who could have imagined then that this successful, affable man, who always kept himself in good physical condition, would soon leave this world?”

Tsyplakov, a left winger, was drafted by the Kings in the third round in 1995 and stayed in L.A. until midway through the 1999-2000 season, when he joined Buffalo, reports SportsNet.

Tsyplakov played at two Olympics and was on the Belarus team which lost to Russia in the bronze medal game in at the 2002 Salt Lake City Games.