ATLANTA, GA. (THECOUNT) — We are now learning what many had suspected. Rapper and NFL liaison, Jay Z, reportedly pressured the league into hosting a workout for controversial free agent, Colin Kaepernick.

According to reports, Jay Z believes Kaepernick squandered a “legitimate workout” by turning it into a “publicity stunt.” Kaepernick canceled the workout 30 minutes before it was set to begin. 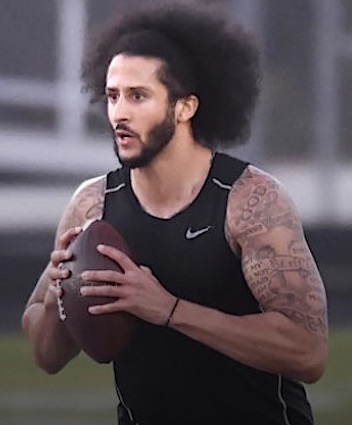 “If Kaepernick truly wanted to showcase his skills to as many talent evaluators as possible, then his actions definitely didn’t indicate so,” added Jones.

According to USA Today, several factors drove Kaepernick’s decision to cancel the training 30 minutes before it was scheduled to begin.

But from the start, there were concerns about the organization of the event. Neither Kaepernick nor the teams knew it was in the works, only learning about it Tuesday. Kaepernick reportedly did not know who he would be throwing to, and the NFL did not provide a list of personnel who would be attending the workout as he’d asked.

The larger sticking point, though, appeared to be over access. Kaepernick wanted the workout open to the media and for his team to be able to film it. The NFL refused, saying it would be filmed by Atlanta Falcons personnel and the video distributed to all 32 teams, reports DailyCaller.

The NFL released the following lengthy statement on the doomed debacle:

We are disappointed that Colin did not appear for his workout. He informed us of that decision at 2:30 p.m. today along with the public.

Today’s session was designed to give Colin what he has consistently said he wants — an opportunity to show his football readiness and desire to return to the NFL. Twenty-five (25) clubs were present for the workout, and all 32 clubs, their head coaches, general managers, and other personnel executives would have received video footage of the interview and workout, shot by the Atlanta Falcons video crew. It is important to note the following:

» As stated above, more than three-fourths of NFL clubs were present for today’s workout.

» The NFL made considerable effort to work cooperatively with Colin’s representatives. We invited his agent to suggest questions for the interview. Yesterday, when Colin’s representatives said he wanted to bring his own receivers to the workout, we agreed to the request. In addition, Coach Hue Jackson discussed with Colin’s agent what drills would be run at the workout so that Colin would know what would be expected of him.

» Last night, when Nike, with Colin’s approval, requested to shoot an ad featuring Colin and mentioning all the NFL teams present at the workout, we agreed to the request.

» We agreed to have Colin’s representatives on the field while the workout was being conducted and to allow them to see how it was being recorded. We did so even though we have been clear from the beginning that this is private workout. As is typical with NFL Combines, one video crew was prepared to shoot and distribute video of the interview and workout. We confirmed with Colin’s representatives that they would receive both the video that would be sent to all 32 clubs as well as the raw footage from the entire event, which is unprecedented.

The location Colin selected is more than an hour away from Flowery Branch.

We are grateful to the Falcons, who made available the club’s first-class facility, along with athletic training, equipment, and communications staff to ensure that today’s workout would occur under ideal conditions, to coaches Hue Jackson and Joe Philbin, who were prepared to run a workout that would allow Colin to demonstrate his skill level, and to Jeff Foster and the Combine staff for arranging for other players to participate and for managing the logistics of the workout.

Colin’s decision has no effect on his status in the League. He remains an unrestricted free agent eligible to sign with any club. 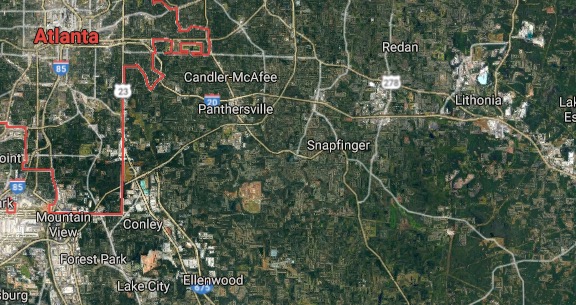 Geo quick facts: Geo quick facts: Atlanta is the capital of the U.S. state of Georgia. It played an important part in both the Civil War and the 1960s Civil Rights Movement. Atlanta History Center chronicles the city’s past, and the Martin Luther King Jr. National Historic Site is dedicated to the African-American leader’s life and times. Downtown, Centennial Olympic Park, built for the 1996 Olympics, encompasses the massive Georgia Aquarium – wikipedia.