LOS ANGELES, CA. (THECOUNT) — Aisling Tucker Moore-Reed, of Jacksonville, OR, has been identified as the actress arrested and charged with manslaughter one day after finishing work as the star of an independent horror movie that mirrored her real-life drama.

Moore-Reed, 30, aka, “Aisling Moorereed,” plays Valerie Faust in “From the Dark.” 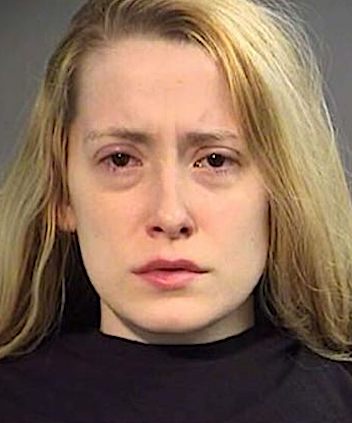 The film tells the story of a young tour guide at a lodge in an Oregon forest celebrating her last day with co-workers when things turn deadly. KTLV notes that the film contains a moment in which Moore-Reed’s character commits a shooting that’s similar to what happened in real life.

According to FOX35Orlando, one day after the film wrapped in 2018, Moore-Reed was arrested and charged with the 2016 shooting of her uncle.

The film’s studio, Siskiyou Productions, said in a Facebook post that it was not aware of Moore-Reed’s legal battle “until after filming had wrapped.” Representatives for the studio did not immediately respond to Fox News’ request for comment.

According to The Oregonian, Moore-Reed faces charges for first and second-degree manslaughter in the death of 63-year-old Shane P. Moore on July 26, 2016. Although she was arrested at the time of the incident, she made bail and was released. She was not formally charged until August 2018, when police obtained video footage of the shooting.

While out on bail, however, Moore-Reed, who reportedly went by the stage-name Wynn Reed, was cast in the film, which is set for release next year.

Moore-Reed’s deadly 2016 confrontation with her uncle Shane was captured on a cell phone camera. According to The Oregonian, Moore-Reed was meeting with her mother, grandmother and a notary over a property dispute between them and her uncle. Moore-Reed’s grandmother was reportedly being pressured by her son to sign a deed to the property, but her the actress and her mother did not want her to sign.

Shane Moore had been arrested in January over allegedly assaulting Moore-Reed, for which she obtained a restraining order.

In the video, Moore can be seen pacing outside the house as the family discusses the deed issue. An angry Moore-Reed can be heard shouting that her uncle was trying to enter the house and for someone to grab a gun. She confronts him at the front door where she fires one shot into his chest. The video does not show the shooting but the aftermath of Moore bleeding out in the driveway. Moore-Reed sobbing can be heard in the audio.

“He wasn’t supposed to be around me, he’s violent and dangerous,” Moore-Reed yells after the shooting. “He threatened my life.”

She later claimed that she didn’t mean to shoot her uncle but merely meant to fire a warning shot to scare him.

Producers told KTLV that their production had a low budget that didn’t allow for background checks, which they now regret.