COLUMBUS, OH. (THECOUNT) — Mike Davis, the WBNS Chief Meteorologist, has been charged with possessing illegal images of young children in an arrest that has sent shockwaves throughout the Columbus viewing area.

According to court documents, Davis was arrested and charged with pandering sexually oriented matter involving a minor, a second-degree felony. 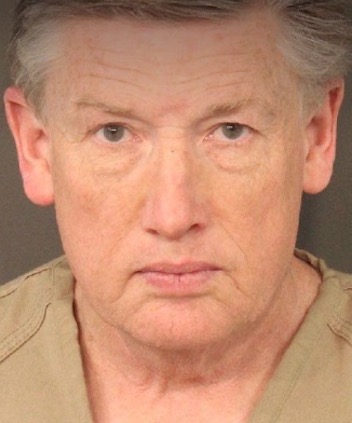 Court documents allege on August 5, Davis knowingly advertised for sale or dissemination, sell, distribute, transport, an image of a minor participating or engaging in sexual activity.

As of 10:40am, Thursday, Davis’ bio was still listed on the WBNS website. He has been a meteorologist in Central Ohio since 1987.

He holds the American Meteorological Society Seal of Approval and has served on the AMS Board of Broadcast Meteorology. He has won multiple Emmy and Associated Press Awards for Best Weathercast and Best Weather Operation (most recently in 2005 and 2006).

Prior to coming to Columbus, Mike worked at TV stations in Las Vegas, Idaho and Minnesota. He holds a journalism degree from the University of Minnesota and studied Meteorology at The Ohio State University. Over the course of his career, Mike has chased tornadoes, as well as covered hurricanes, floods, blizzards, heat waves and drought.

You might go so far as to say that Davis wrote the book on weather in Ohio. He is the author of “The ABCs of Ohio Weather,” a book that provides insight into how Ohio’s weather works, and what goes into what you see on TV every day.

Mike is married and has three children. His hobbies include a passion for family, writing, wine, ice hockey and, of course, the weather.

In addition to supporting many charitable organizations, Davis loves going to schools and talking to kids about weather. He also spearheaded community educational exhibits like the “Mike Davis Weather Adventure” at the Franklin Park Conservatory, and “The Ocean Above, Our Global Weather” at COSI.”

Davis is scheduled to be arraigned Friday at 9am.