5.9-magnitude earthquake was detected Thursday morning off the Oregon Coast

BANDON, OR. (THECOUNT) — A 5.9-magnitude earthquake was detected Thursday morning off the Oregon Coast. At 8:02 a.m., the National Geological Survey placed the earthquake’s epicenter about 192 miles west of Coos Bay on

Oregon’s south coast. No tsunami is expected on the coastline, according to the National Tsunami Warning Center. The earthquake follows a 6.4-magnitude earthquake a week ago, reports EndTimesHeadlines. 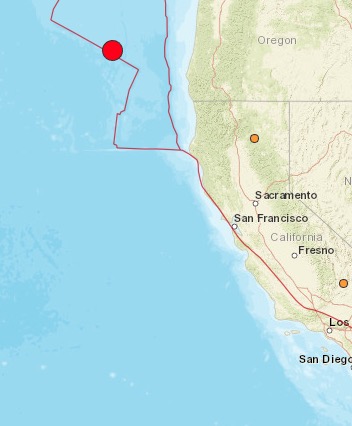 According to the USGS, the following areas are closest to the quake’s epicenter: 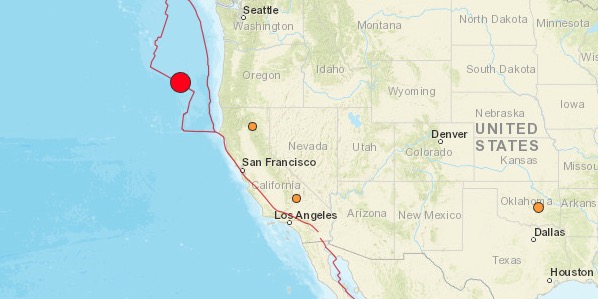 Geo quick facts: Bandon is a city in Coos County, Oregon, United States, on the south side of the mouth of the Coquille River. It was named by George Bennet, an Irish peer, who settled nearby in 1873 and named the town after Bandon in Ireland, his hometown. The population was 3,066 at the 2010 census – Wikipedia.