MOBILE, AL. (THECOUNT) — Patrick Crawford, a senior student athlete at C.F. Vigor High School in Mobile, has been identified as the victim in a weekend wreck in Prichard, according to officials.

Crawford, an accomplished Wolves football player, was killed while operating a motorcycle over the weekend. 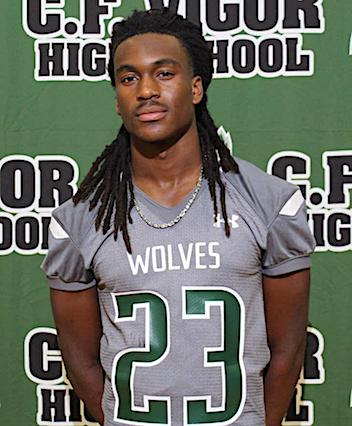 Officials say, Crawford was traveling southbound on Highway 45 when a vehicle turned in front of him causing a collision.

Authorities say the case is still under investigation and that initial investigations indicates Crawford was not traveling at an excessive rate of speed, reports Fox10TV.

“Mobile County Public Schools and Vigor High School are saddened by the loss of Patrick Crawford, who was an outstanding student, a great football player and a volunteer at the Boys and Girls Club. He was a senior at Vigor who was going to start in his first varsity football game this Friday against rival Blount High School.”

A GoFundMe account has been set up to help with the funeral expenses. The link was not provided by officials.

Geo quick facts: Prichard is a city in Mobile County, Alabama, United States. Prichard borders the north side of Mobile, as well as the Mobile suburbs of Chickasaw, Saraland, and the unincorporated sections of Eight Mile. As of the 2010 Census, the population of the city was 22,659 – Wikipedia.