NEW YORK, NY. (THECOUNT) — TMZ is reporting, Larry King filed divorce docs Tuesday in L.A. Superior Court, pulling the plug on his 22-year marriage to Shawn King. The couple does not have any minor children, their 2 sons, Cannon and Chance clock in at 19 and 20-years-old, respectively.

The couple have been having marital trouble for several years now. Larry has accused Shawn of infidelity. We’re told that has created tension for a while now, but the breaking point was when Larry was in the hospital a couple months ago. 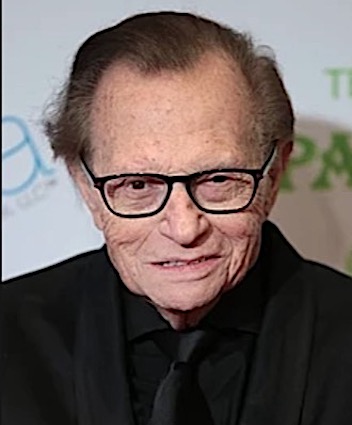 Sources say Shawn presented him with legal documents that would have given her certain rights to their property that would adversely affect the couple’s 2 sons.

TMZ says the boys went to Larry and told him they were outraged by their mother’s conduct — presenting the documents — and pleaded with him to get out of the marriage. We’re told he followed their advice.