Andreychenko, 20, was booked into the jail on suspicion of first-degree making a terrorist threat. 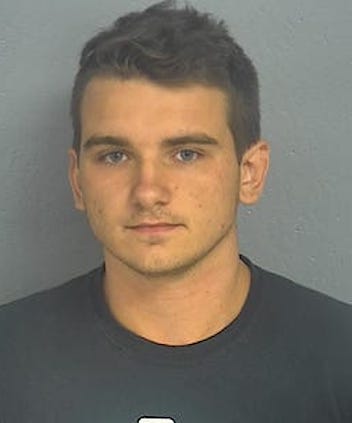 Police say Andreychenko was arrested Thursday after he showed up at a Springfield Walmart store with a loaded rifle while wearing a bulletproof vest. The man had more than 100 rounds of ammo at the ready, according to police.

“His intent obviously was to cause chaos here, and he did that,” Springfield Police Department Lt. Mike Lucas said of the 20-year-old suspect Thursday evening.

Lucas said the man showed up to the business with body armor and military-style clothing and then walked inside carrying a “tactical rifle” and another gun.

As shoppers were panicking and fleeing the store, Lucas said the man was taking video on his phone and making comments to people while pushing a shopping cart.

Lucas said the suspect then walked out of the store, where an off-duty firefighter held the suspect at gunpoint until police arrived moments later.

Police are still working to determine the suspect’s motives and whether or not he intended to shoot anyone.

Lucas said the man had more than 100 rounds of ammo.

Lucas said Springfield police officers arrived on scene in 3 minutes after the initial 911 call on Thursday. He said the scene was initially chaotic.

Lucas described the suspect as “pretty stoic” during the initial police contact. He said officers would be interviewing the suspect at the jail on Thursday to try to learn more about his motivations.

“His intent was not to cause peace or comfort to anybody that was in the business here,” Lucas said. “In fact, he’s lucky he’s alive still, to be honest,” reports News-Leader.

A fire marshal was called out to the scene on Thursday to inspect the suspect’s car, a gray Mazda sedan that was left in the parking lot. Lucas said that was to ensure there were no bombs on the vehicle.

The suspect was not immediately identified. 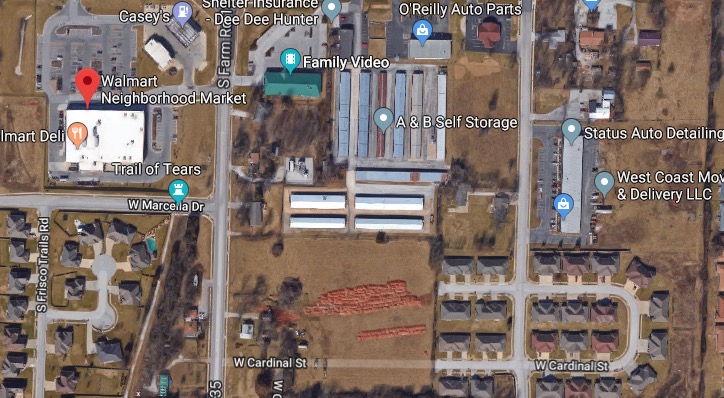