BLACK MOUNTAIN, NC. (THECOUNT) — Tracey Lynn Wheeler-Rogers, of Hope Mills, NC, has been identified as the Cumberland County Sheriff deputy arrested and charged with, “assault by pointing a gun,” according to local reports.

Wheeler-Rogers, 47, was charged with assault by pointing a gun, according to arrest records. The Cumberland County deputy was arrested in Wake County by the North Carolina State Highway Patrol Saturday morning, officials said. 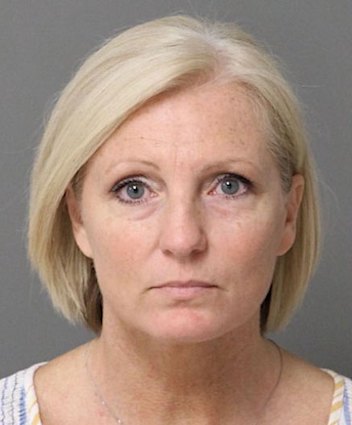 Lt. Sean Swain with the Cumberland County Sheriff’s Office confirmed Wheeler-Rogers was a deputy with the organization, but he did not have any additional details about her service background, reports CBS17.

The arrest happened around 9 a.m. on Interstate 40 at U.S. 70, according to Swain and arrest records.

No further details on the incident were provided by officials.

Geo quick facts: Black Mountain is a town in Buncombe County, North Carolina, United States. The population was 7,848 at the 2010 census. It is part of the Asheville Metropolitan Statistical Area – Wikipedia.