THE KID IS HIS SON! Michael Jackson Son BLANKET, 14, Splitting Image Of His Dad! 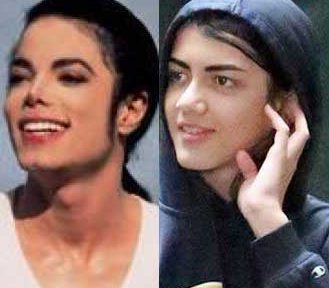 Michael Jackson left behind three children, Daughter, Paris-Michael Katherine Jackson, Prince Michael Jackson II, and Blanket, aka, Michael Joseph Jackson, Jr. While many fans agree that MJ’s kids were conceived via a surrogate mother, many doubted that Michael himself was the donor. This new picture of Blanket should put all those rumors to rest.

The looming question has always been as to whether or not MJ was actually the biological father of the youngest, Blanket. Well the below photo appears to confirm that the kid WAS his son. The Inquisitr reported back in June, 2015, Blanket now wants to be called Bigi over being bullied at The Buckley School in Sherman Oaks, an elite academy in California he attends. “[Jackson] changed his name informally from Blanket to Bigi before entering Buckley because he hated getting bullied and made fun of because his name was Blanket,” said the source.