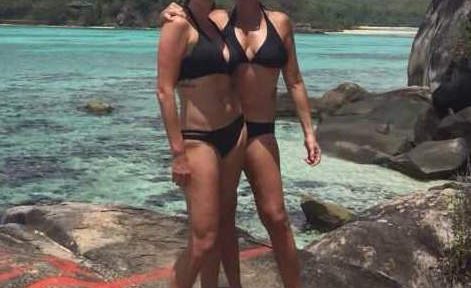 The bodies of sisters, Annie Korkki And Robin Korkki, were found September 22 at a luxury $1700 per night resort in Seychelles, an archipelago nation off Africa’s east coast in the Indian Ocean.

According to an autopsy, Annie, 37, and Robin, 42, died of excess fluid in their lungs and brain. The reason why they may have had the condition remains a mystery. The pair were reportedly “helped into their room” the night before they were found dead. According to Seychelles Nation, the sisters planned on vacationing from September 15-22, but were apparently having such a wonderful time that they decided to extend the trip to September 24. On September 20, Annie posted a comment to Facebook that read, “Wish you were here…SERIOUSLY BEST TRIP EVER.” Their brother, Chris Korkki, told the Star Tribune that his sisters were “healthy and adventurous,” and “definitely wanted to experience life to the fullest.” “Two things keep going through my mind: This isn’t happening, and we just want answers,” he told the publication. A Seychelles police spokesperson, Jean Toussaint, said that the women had their own personal butler at the villa, and said they were helped to their room the night before they were found dead. “What the police can say about the investigation so far is that the two sisters were consuming alcohol throughout the day,” Toussaint said, according Seychelles Nation. “And the last time they were seen drinking alcohol was at around quarter to seven and they were helped to their bedroom by hotel personnel at around 8.15 pm.” Toussaint said the sister’s butler had arrived at the villa the morning of September 22, and noticed their sliding door was locked just as it had been the night before when he had checked. h/t heavy The duo grew up in Minnesota and attended Eden Prairie High School, the Star Tribune reported.