CA-CHING! Fox News Sean Hannity Is Worth HOW MUCH? 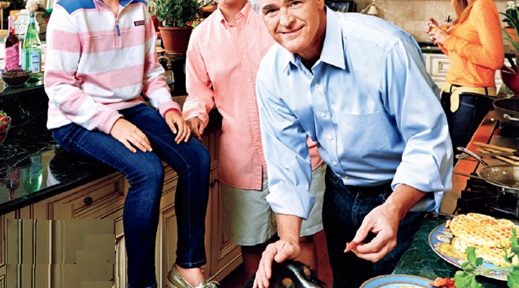 Hannity started his radio career at college station KCSB in Santa Barbara, California. However, it didn’t take long for him to land some more serious professional engagements. In three years, he has risen from that college station to WVNN in the Huntsville, Alabama, market to WGST in Atlanta. In 1996, Hannity was hired by the Fox News Channel as a co-host of Hannity & Colmes, which featured the more liberal Alan Colmes as a counterpoint to Hannity’s conservatism. Next, he took his radio show to WABC in New York City, building further his radio brand as the program began to be syndicated to stations across the country. On TV, Hannity & Colmes was renamed Hannity with Hannity as the sole host following Colmes leaving the program. In his hosting career, Sean Hannity has been honored with two Marconi Awards from the National Association of Broadcasters and has repeatedly won Radio and Records awards for National Talk Show Host of the Year. h/t celebritynetworth Hannity is married to Jill Hannity. The couple has two children, Patrick Hannity, born in 1999 and Merri Kelly, born in 2002. The family lives in Long Island.