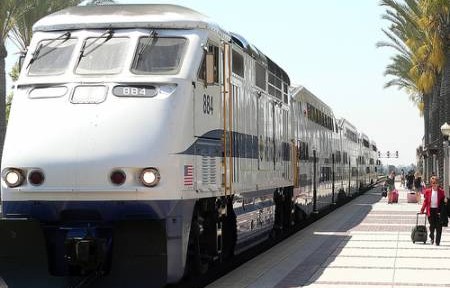 The Los Angeles-bound train on the Antelope Valley line struck the truck, which was on the tracks, near Sunland Boulevard around 10:30 a.m. The train is stopped on the tracks while the fire department determines whether passengers were injured, authorities said. Nearly 190 passengers were on board the six train cars affected by the crash. h/t latimes The Department of Transportation said it will shut down a portion of San Fernando Road while officials investigate.