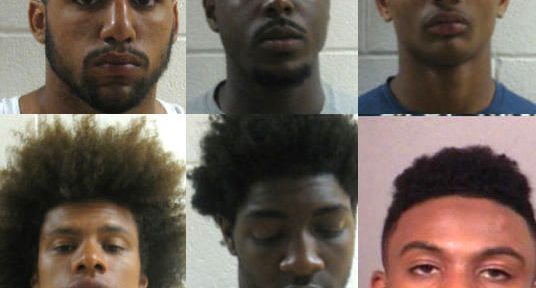 State Police said a trooper stopped a car Friday night in Fulton County about 35 miles south of South Bend for speeding. The trooper detected the odor of marijuana and with the help of a drug-sniffing dog, he found the marijuana and handgun, police said. Redfield, Stepherson and Williams face an additional misdemeanor charge of possession of an unlicensed handgun. Notre Dame also confirmed the arrest of a sixth player, cornerback Devin Butler, early Saturday in South Bend. South Bend police spokesman Lt. Joe Galea said Butler was arrested on a preliminary felony charge of resisting law enforcement causing bodily injury to a law enforcement officer stemming from an incident outside a South Bend bar. h/t nola The officer was transported to a local hospital for treatment for minor injuries, including a sore wrist, he said. He was later released. Butler remained jailed Saturday afternoon. The other five were released Saturday afternoon from the Fulton County Jail in Rochester.