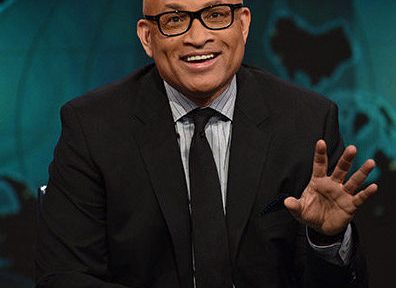 Comedy Central has pulled the plug on The Nightly Show with Larry Wilmore. The habitually low-rated show had replaced Stephen Colbert’s Colbert Report. “I’m really grateful to Comedy Central, Jon Stewart, and our fans to have had this opportunity,” Wilmore said in a statement. “But I’m also saddened and surprised we won’t be covering this crazy election or ‘The Unblackening’ as we’ve coined it. And keeping it 100, I guess I hadn’t counted on ‘The Unblackening’ happening to my time slot as well.”

Network president Kent Alterman told USA Today that the program’s ratings were the main factor behind the decision to cancel the series.

“Even as the show has evolved creatively … it hasn’t seemed to connect with our audience, which is disconcerting and disappointing to us,” Alterman told the outlet. “When we took a hard look — especially after the conventions, where we also didn’t see any traction we were hoping for — we didn’t have enough evidence to justify committing to another year.” h/t breitbart