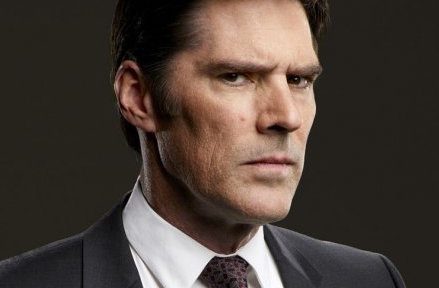 Criminal Minds lead actor, Thomas Gibson, has been fired after an on-set altercation with a producer.

Gibson, 54, has played the fan-favorite Aaron Hotchner since the show’s inception, but now is suddenly seeking other employment after reportedly kicking a writer.. “Thomas Gibson has been dismissed from Criminal Minds,” ABC Studios and CBS Studios said in a statement. “Creative details for how the character’s exit will be addressed in the show will be announced at a later date.”

Gibson was suspended in July after kicking a writer over “creative differences” while working on an episode he was directing. He had not been on set for the last two weeks. “I love Criminal Minds and have put my heart and soul into it for the last twelve years. I had hoped to see it through to the end, but that won’t be possible now,” Gibson said in a statement following his departure. “I would just like to say thank you to the writers, producers, actors, our amazing crew, and, most importantly, the best fans that a show could ever hope to have.” “There were creative differences on the set and a disagreement,” Gibson told E! News in a statement after the incident. “I regret that it occurred. We all want to work together as a team to make the best show possible. We always have and we always will.” Of the situation, a source told us, “Thomas is the most kindhearted family man. He’s a great father, takes care of his mom and spends as much time with his kids as possible. He flies home every weekend to San Antonio to be with his kids after working 12-15 hour days during the week. I hate that this minor disagreement is what people are hearing about him.” h/t e! Gibson’s departure comes after the exit of Shemar Moore, another original cast member, at the end of last season, who said he wanted to focus on having a family.