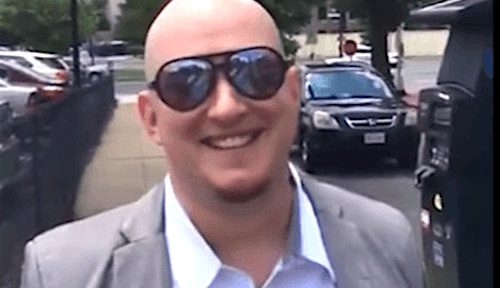 Shawn Lucas, the man who served Debbie Wasserman Schultz legal papers depicted on a Youtube video, (see video below,) has been found dead. His cause of death is unknown at this time.

Lucas served Schultz, the former chairperson of the Democrat National Committee who was forced to resign over leaked DNC emails, papers at the DNC headquarters in Washington D.C. in a class action lawsuit filed on behalf of Sen. Bernie Sanders supporters against the Democrat party. In Clintonesque fashion, one of the men that served the papers in the class action lawsuit, Sanders supporter Shawn Lucas, was found dead this week by his girlfriend, according to Snopes. Lucas’ death follows a string of deaths surrounding the Democrats. This follows the death of 27 year-old Democratic staffer Seth Rich who was murdered in Washington DC on July 8. The killer or killers appear to have taken nothing from their victim, leaving behind his wallet, watch and phone. h/t youngcons After Rich was found dead, social media users said a “lead” revealed he was on his way to the FBI offices to talk to agents about an “ongoing court case” possibly involving the Clinton family.