Stand By Your Shrimp Boy: Raymond Chow GF Speaks Out 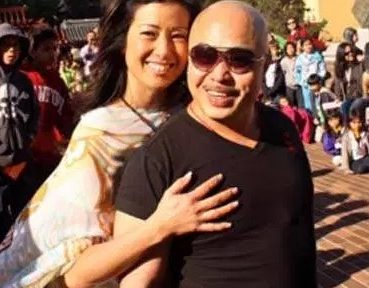 Alicia Lo, the girlfriend of San Francisco’s notorious, Raymond “Shrimp Boy” Chow, is speaking out after he was sentenced to life in prison. He was found guilty of a rival’s murder in 2006.

Lo’s comments, which came after Chow was sentenced, indicate she thinks he’s innocent. Lo went on to say that she would never put her daughter in harm’s way if she thought Chow was a violent individual. In a 2015 New York Times feature on Chow, Lo explains that the couple has been together since 2008. When they got together, Chow was driving in “an old bulletproof Mercedes.” The couple met in a nightclub. At the time of his 2014 arrest, the couple was living in her condo in the Potrero Hill neighborhood, according to the San Francisco Chronicle. That article mentions that Lo was helping Chow write his autobiography. In 2012, the couple was pictured out a celebrity attended event at the W Hotel. Lo has dedicated her Twitter account to Chow’s innocence. On January 8, after he was found guilty, Lo wrote, “As his girlfriend of more than 7 years I will tell you without a shadow of a doubt the jurors did not see the truth.” Later that day, Lo said, “Just spoke to him and he is so strong, positive, even laughing. He is truly amazing.” In her Twitter bio, Lo writes, “Lucky girl! Amazing friends. Beautiful, sweet, smart daughter. Animal lover.” h/t heavy Lo said she treated Chow “like a baby.” She taught him to help her daughter cross the street and how to recycle. While he took her to prominent Chinese shrines and taught her how to worship.