How Did Jerry Doyle Die? Radio Show Host And Actor Found DEAD At 60 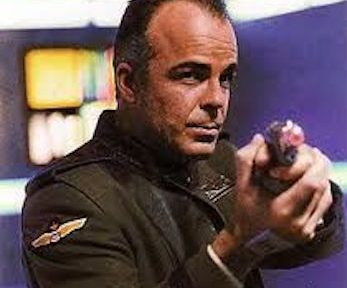 Jerry Doyle, actor and nationally syndicated right-libertarian radio show host, has passed away. He was 60. Hours before his death, Doyle was actively posting to his Facebook account. In one post he asked, “What’s Wrong With Bill Clinton?” while noting the former president’s noticeable tremors during his DNC appearance.

Doyle was perhaps best known for his role on science fiction series, “Babylon 5,” where he played Security Chief Michael Garibaldi. He was found unresponsive at his Las Vegas home Wednesday. Sources tell us … a call was made to his Las Vegas home yesterday afternoon after he was found unresponsive. It’s unclear how the political radio talk show host and actor died … but we’re told no foul play is suspected. An autopsy is pending. h/t tmz Our thoughts and prayers go out to Doyle’s family and friends at this difficult time.