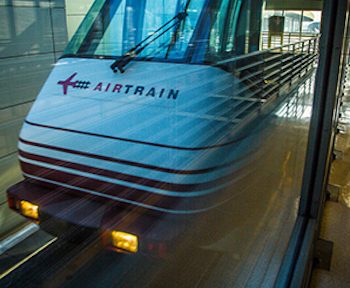 Dozens of travelers are being evacuated from air trains running at Newark Liberty Airport on Wednesday night.

Reports say that at least five trains are currently stuck. The cause of the outage has not yet been released. The trains run in between the various terminals at the airport. Police ordered to have power turned off before removing passengers from the trains. It was not immediately clear why the trains got stuck. h/t pix11

No one has been injured, according to reports.