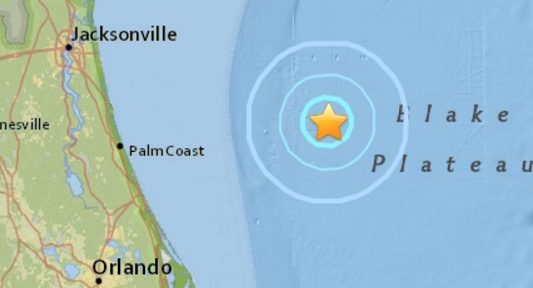 The quake, which was centered about 100 miles off the coast, was a rare occurrence for the region, reported the USGS. Florida is not considered to be a state that is subject to earthquakes and only several minor shocks have occurred in the state. Only one earthquake has caused damage in Florida, according to the USGS. h/t wesh While quakes off the Central Florida coast are rare, USGS data shows a similarly weak earthquake registered in the same area last month.