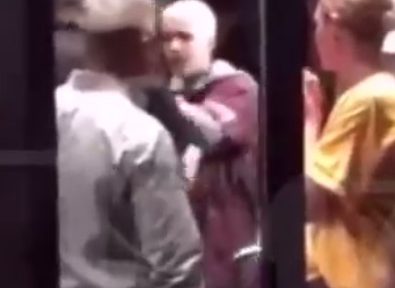 Justin Bieber was involved in a bonified fist fight in Cleveland on Wednesday.

The ordeal, which was caught on video, was described by onlookers as an “all-out street brawl.” Some say the singer “held his own” while other are saying he came up on the losing end of the fight. TMZ obtained this video of Bieber, shot shortly after 11 PM, outside his hotel in downtown Cleveland — he was face-to-face with the guy, who threw a light blow at Justin’s head. That’s when Justin uncorked a right to his face … and then it’s on! Several people were standing nearby and tried to jump in, but the fight ends up spilling to the ground. It’s unclear what started the scrap. Bieber was in town for the game 3 of the NBA Finals, and was wearing a Cleveland Cavaliers shirt … so it could be post-game trash talk. Overall … we’d say Justin held his own, though he ended up on the bottom of the pile.