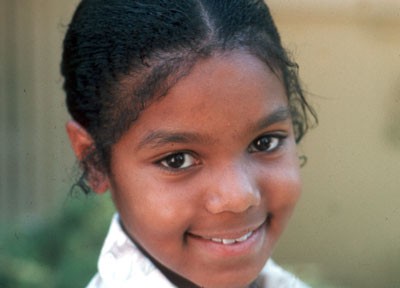 Janet Jackson has publically stated that she is going to be mother ‘for the first time,’ but her ex-husband James DeBarge is telling quite a different story, saying the singer already has a full grown daughter.

Jackson, who will turn 50 on May 16th, recently announced that she is pregnant with her “first child,” but is claiming she already has a daughter, whom he maintains contact. “Someone had contacted me. She spoke to me by email,” he said. “The first time was two years ago. I have not been able to directly see her face-to-face.”The young woman suggested that they take a paternity test, but that hasn’t happened yet. “She suggested it,” DeBarge said, adding that he has yet to meet the woman because he’s afraid. DeBarge also confirms that when the woman contacted him, she admitted to being Jackson’s daughter. “She did but without saying [it],” he said. “She was angry because another child was trying to come forward and say that she was our child. So she did out of anger.” “She described as much as she could tell me because she was very fearful at the time,” he continued. “She was very angry about people running with this story about this [other child] being my baby. She got very angry. She’s like, ‘Papa I want to help you out.’ She had so much of personality and she was so accurate with everything she was saying, it was only things that I and Janet know. No one else but god, me and Janet.” DeBarge says the woman wanted to keep their new connection private. “She called me ‘papa,’” DeBarge said. “She didn’t want to get her mom in trouble. She wanted to do it quietly. She didn’t even want Janet to know.” DeBarge claims that in the emails he received, he found out Jackson had allegedly put their daughter up for adoption. “One of her adoptive parents died,” he said. “Her adoptive mother and on her deathbed said she told her. She confirmed it on the deathbed.” In the beginning, he had suspected that Jackson had a baby, and even went on a search to find her, but had no luck. “I hadn’t known [that Janet had a baby]… not for sure,” he said. “I went on a search. Someone went through some serious changes to make it impossible for me to find. This had to be some serious inside work being done with the paperwork. Someone was working with them.” So when the girl emailed him, DeBarge was overwhelmed by emotions. “I was hurt and I didn’t know why I was hurt,” he said. “I think I was hurt because I had mixed emotions. I felt kind of left out and I felt like it was unfair. At first, I felt like this was the worst thing in the world that happened to me. I was so depressed by it at first.” DeBarge claims that he wouldn’t have cut the girl out of his life had he known she existed for sure. “It would have to be hidden from me if she wasn’t a part of my life all the time and I didn’t know anything about her,” he explained. “There’s no way it could not have been hidden. I didn’t know. Had I known, I would never have kept it a [secret]. I would have been very proud of her.” According to DeBarge, he believes Jackson didn’t tell him about the child because of “fear.” “Fear and lots of pressure,” he noted. “From every angle, from inside and outside… Not knowing how it could hurt her career. A lot of outside influences were involved in our whole relationship to where we didn’t have a chance from the gate.” h/t RadarOnline: What do you think? Is DeBarge just another hating ex or does Jackson really have a secret daughter? Sound-off below!