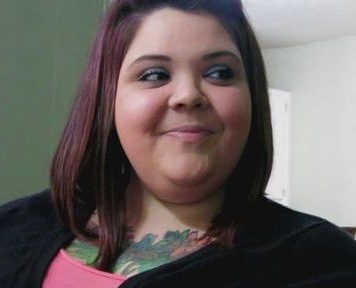 MTV Catfish season 2 cast member, Ashley Sawyer, passed away over the weekend in Alabama, MTV News has confirmed. She was 23.

Sawyer’s cause of death is unknown. She who appeared with the late Michael Fortunato on Season 2 of the popular MTV series. “We had a great relationship,” Ashley’s sister Jessica Ross told MTV News. “I know she knows how much I loved her and she loved me, and I am so sad that she’s gone. She was so funny, she could make me laugh on my absolute worst day. She was just a really fun person to be around.” Catfish host Max Joseph tweeted a heartfelt message shortly after the news of Ashley’s passing broke. “MTV is deeply saddened to learn that Ashley Sawyer has passed away,” the network said in a statement. “Our condolences, thoughts and prayers go out to her family and friends.” h/t mtv

Ashley appeared on a 2013 installment of the docu-series after she contacted Max and his partner Nev about finally meeting her longtime digital companion. Our thoughts and prayers go out to Sawyer’s family and friends at this difficult time.