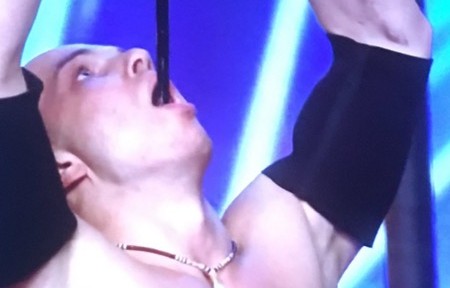 A sword swallower appearing on Britain’s Got Talent has set social media on fire!

Folks from across the Twitter universe are sounding off about about the Sword Swallower’s mad skills! Adam ‏@Loftus_Cheeked
Was I the only person who thought that man who swallowed the sword was gonna die? #BritainsGotTalent

Millie Payne ‏@_milliepayne
“Do not try this at home”
Yeah, cos sticking a sword down my throat is a concept I’ve considered doing many a time #BritainsGotTalent