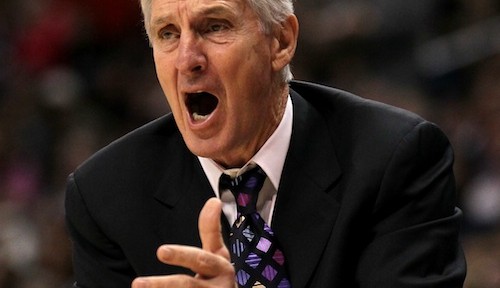 Slone, 74, made the announcement during an interview at his home in Riverton, Utah. Sloan said he was diagnosed with the illnesses last fall. He decided to go public because the Parkinson’s symptoms, which include tremors, a hushed voice and sleeplessness, have progressed to the point where people have started to notice. “I don’t want people feeling sorry for me,” said Sloan, who continues to walk four miles a day. According to MayoClinic.com, Parkinson’s disease is “a progressive disorder of the nervous system that affects movement. It develops gradually, sometimes starting with a barely noticeable tremor in just one hand. But while a tremor may be the most well-known sign of Parkinson’s disease, the disorder also commonly causes stiffness or slowing of movement.” There is no cure for Parkinson’s disease although, in some cases, medication can “markedly improve symptoms.” But in Sloan’s case, the symptoms continue to progress. h/t sltrib

According to the former Chicago Bulls player, he is also dealing with Lewy body dementia, a neurological disorder that manifests itself in difficulty with memory, problem solving, planning and analytical thinking.