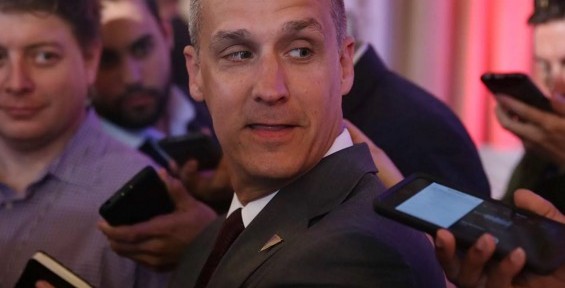 Donald Trump’s campaign manager, Corey Lewandowski, has officially been charged with misdemeanor simple battery after female reporter, Michelle Fields, accused him of grasping her by the arm following a March 8th press conference.

Fields filed the complaint in Jupiter Florida, three days after the incident, and offered her bruised arm as evidence.

According to the police report, the investigating officer said he saw evidence of a “grabbing-type injury.” Fields told police she was trying to ask Trump a question when she was yanked backwards and caught herself before falling. “Lewandowski grabbed (Michelle) Fields’ left arm with his right hand causing her to turn and step back,” according to he police report. h/t theheavy Fields posted a photo of her injured arm to social media after Lewandowski and Trump denied the incident occurred, captioning the snap, “I guess these just magically appeared on me @CLewandowski_@realDonaldTrump. So weird.”