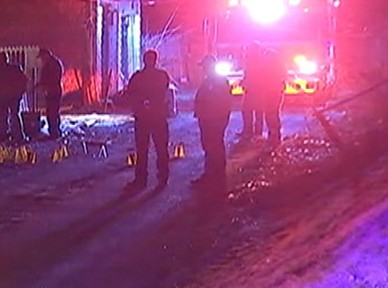 At least five people, four females and one man, are repeatedly dead after a mass shooting happened at a party in the eastern Pittsburgh suburb of Wilkinsburg Wednesday night. At least seven were struck.

Neighbors said they heard at least 25 shots coming from several different directions. Arriving police found dozens of shell cases. Four men were said to have fled the scene. No one is in custody. Local news coverage shows distraught family members of the dead at the scene. This is a developing story. check back for more details.