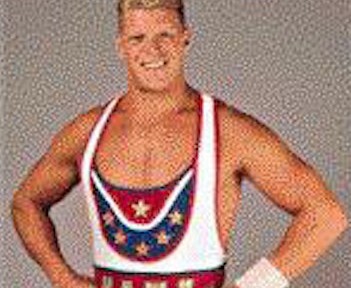 Lee Reherman aka Hawk from TV series, “American Gladiators,” was found dead on Tuesday morning in his home in Manhattan Beach California.

A rep for Hawk said his girlfriend found him unresponsive in their Manhattan Beach, CA home. Reherman, 49, had been complaining about “not feeling well” in the last week, according to reports. He recently underwent hip replacement surgery. A cause of death has not yet been determined. Reherman most recently played a secret service agent on the TV show, “The First Family” — and guest roles on tons of other TV shows including, “Jane The Virgin,” ‘X-Files’ and “NCIS.”  But he was best known as Hawk. Cause of death is unclear at this point, but law enforcement sources tell us there’s no initial sign of foul play. h/t tmz Our thoughts and prayers go out to Hawk’s family and friends at this difficult time.