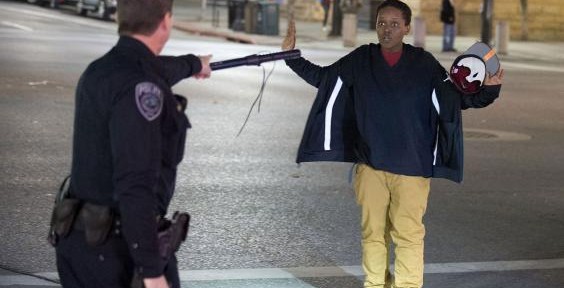 Police say two officers were involved in the shooting, but they wouldn’t go into any further details. According to witnesses a fight broke out between Mohamed and another man in the Rio Grande District of Salt Lake City around 8 p.m. “I don’t have much details on the shooting itself,” said Det. Greg Wilking of the Salt Lake City Police Department, adding later, “That’s what it sounds like: There was an altercation taking place, and our officers intervened into that altercation.” h/t fox13now Selam Mohammed, pictured above, who was walking with Abdi at the time of the shooting, said Abdi had picked up a broken broom stick right before police arrived.