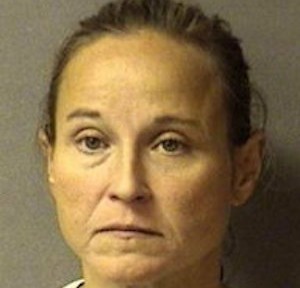 An Anderson, IND., mother, Dennell Roberts, is facing murder charges after cops say she ran over her daughter “completely over” with a John Deere lawn mower. At the time, Roberts was arrested and charged with neglect of a dependent.

Roberts, 45, told police last November that her daughter, 12, had a seizure at the time of the accident, however, doctors found evidence of abuse in the form of cuts and bruises all over the girl’s body. The 12-year-old girl was unconscious last November and was transported to the hospital. After being put on life support, the young girl died.