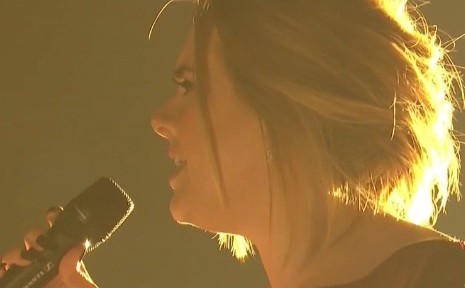 Adele hit a serious bum note during her performance at the 58th annual Grammy Awards on Monday night and to add insult to injury, the singer’s mic failed momentarily as well. Backed by a pianist, the chart-topping singer was illuminated by a beam light as she belted the notes of the emotional song in a red embellished gown. Bruno Mars, who co-wrote the song, introduced her to the stage. Early in the song, Adele’s mic briefly cut out and viewers watching at home noticed how the audio appeared to falter throughout her performance. CBS also experienced broadcast issues with their live stream during the show. h/t thr