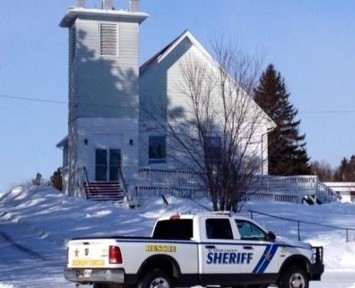 The woman, 48, was shot by police and is in critical condition after they say she threatened officers with a gun. The St. Louis County Sheriff’s Office responded to the Augustana Lutheran Church around 11 Thursday night on reports of a 48-year-old female threatening to commit suicide by firearm. When authorities arrived at the church, the woman got out of her car and pointed the gun at police multiple times. Two officers then opened fire, striking the woman twice. h/t fox21online She was transported to Essentia Health-Duluth in critical condition.