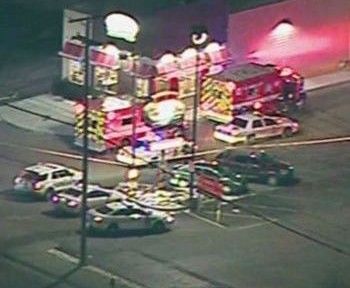 Police said after the man was shot, he walked a half-mile to the Tim Horton’s coffee and bake shop around 6 a.m. on Harrisburg Pike.

Police said the man, covered in blood, walked into Tim Horton’s and told employees he was robbed and shot in the head, WCMH-TV in Columbus reported. The man was taken to Mt. Carmel West Hospital in critical condition. Police say they believe the suspect will survive.