Donald Trump Face The Nation: I Don’t Have To Win It 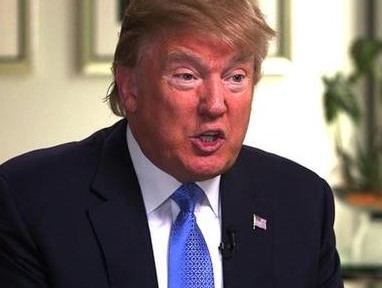 Trump hit Cruz on Goldman Sachs ties, saying the relationship ran against his “Robin Hood” image, while again emphasizing Cruz’s Canadian birth. Trump pivoted to the center, reiterating his theme that Cruz stands alone in the Senate and “doesn’t even have one Senator” endorsing him. Trump, who likewise lacks Senatorial endorsements, pointed to endorsements from Joe Arpaio, Sarah Palin, and Jerry Falwell, Jr. as important. h/t saintpetersblog Trump also made an appeal to Bernie Sanders supporters, saying that the Democrat and he agree on trade, and that “his people will come over” in time.