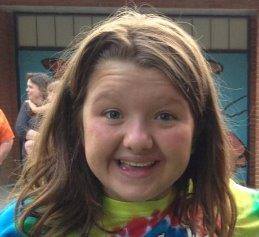 The father of missing teen, Nicole Lovell has announced the sad news that his daugher has been found dead.

Lovell, 13, was seen in Blacksburg, Virginia, on Wednesday. Her mother told investigators she believed Nicole exited her home via a window sometime between midnight and 7 a.m. that day. Lovell’s father announced her death on a Facebook post made Saturday evening. “(I’m devastated) to learn that my daughter has been found dead!” he wrote. “I’m so in shock I know nothing more to say, I’m broken!” Authorities had been conducting a frantic search, as the 13-year-old was without prescription medicine needed to prevent organ failure after a liver transplant, WSHV reported. The search expanded in the days after Lovell was first reported missing, with police from six agencies joining the FBI’s Child Abduction Rapid Deployment Team and 1,000 members of the Virginia Tech Corps of Cadets to search for the girl. h/t inquisitr The news of Nicole Lovell’s death came just hours after police reported an arrest in the case.