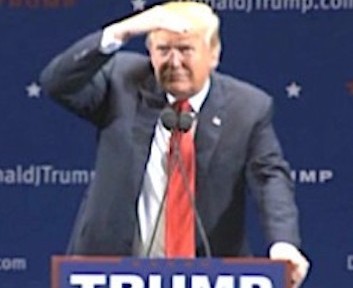 GOP frontrunner, Donald Trump may have bolted on the last in a series of 7 Republican debates in the hunt for the presidency, but that didn’t stop the billionaire builder from coming out on top on a trusty Drudge Report poll.

Although he wasn’t even present, Trump scored the top spot on Matt Drudge‘s poll on “Who’s Your Pick For President” – clocking in a whopping 53 percent of the vote.