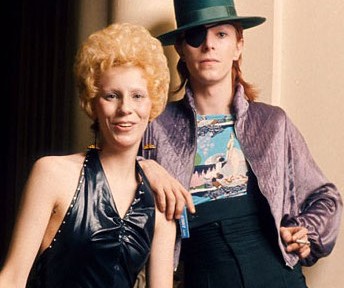 Angie Bowie has become the third Housemate to unexpectedly quit Celebrity Big Brother UK. Her exit apparently has nothing to do with her famous ex-hubby’s death and more with not being able to get any sleep in the house.

The decision to leave comes after Bowie, 66, went crazy on Monday night’s episode of the show when she claimed she was suffering from sleep deprivation. A CBB rep told reporters: ‘After being unwell for a few days, Angie Bowie has decided to leave the Celebrity Big Brother House. ‘Her exit will be addressed in tonight’s live show on Channel 5 at 9pm.’ Other Housemates who chose to walk from the show include Jonathan Cheban, after suffering from anxiety and claustrophobia and David Gest, following a period of illness. h/t dailymail Show sources say the real reason for the early departure is that Angie is quietly suffering after learning that her ex-husband David Bowie passed away from cancer while she was in the house.