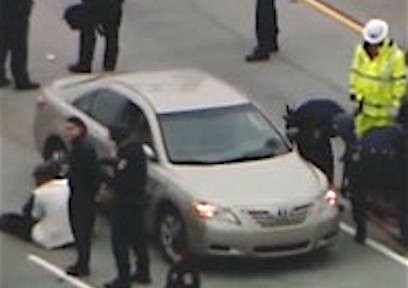 At the time of writing this report, firemen could be seen using bolt cutters to free the protesters at which point they appeared to be taken into custody.