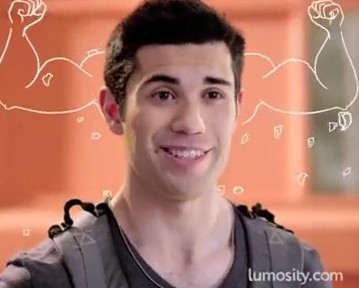 Lumosity brain training website has been fined $2 million over their ads that claimed the service would improve brain function.

The popular commercial spots touted the service could significantly improve the mind, but many disagreed. The brand’s parent company, Lumos Labs, is paying the Federal Trade Commission $2 million to settle charges that it misled customers with bogus claims about Lumosity’s abilities. The FTC doesn’t beat around the bush: it says there’s no evidence to support talk of boosting your intellectual performance. Moreover, Lumosity doesn’t disclose that many of its testimonials are solicited through contests, and its ads “preyed on consumers’ fears” about aging. The penalty sounds light given how much Lumosity charges (up to $300 for lifetime access), but the FTC might not have much choice. While its official plan slaps Lumos Labs with a $50 million penalty, it’s accepting the much smaller amount due to the company’s “financial condition.” If it’s any consolation, though, the payout is likely the least of the company’s worries. The FTC settlement validates the longstanding accusations that Lumosity is little more than snake oil — it’ll be much harder to shake that bad reputation.