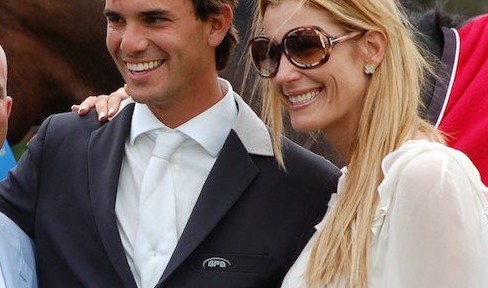 Rodriguez, 31, and his passenger, Walker, 30, were declared dead at the scene after Rodriguez lost control of his Porsche Roadster and struck a concrete pillar. The Palm Beach County Sheriff’s Office said it appeared Rodriguez lost control of his Porsche Roadster, and the auto slammed into a concrete pillar inside the Palm Beach Polo and Country Club in Wellington, a gated community. Rodriguez was taken to Delray Medical Center, where he later succumbed to his injuries. The showjumpers both died in the accident, which happened at about 3.30am on Monday morning on Sunnydale Drive. “It is with the deepest sadness that we have to announce that Andres Rodriguez and his passenger Sophie Walker suffered a tragic vehicle accident on Monday morning in Wellington, Florida”, a post on the Andres Rodriguez Official Facebook page read. h/t presstelegraph

The exact circumstances surrounding the accident are still unclear. Our thoughts and prayers go out to the couple’s family and friends at this difficult time.