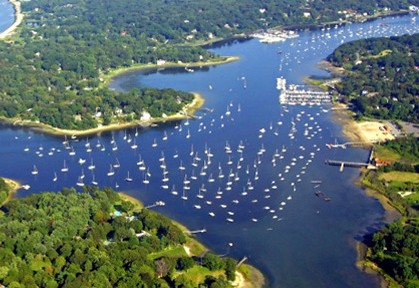 The 12 officers of the sleepy, small town police department of Suffolk village, NY, earn a staggering $187,973 a year. That’s more than double the pay of cops working in dangerous large cities.

Even though there hasn’t been a murder, rape or robbery in recent memory, the law enforcement personnel of Lloyd Harbor rake in the lavish, chart-topping wage, while the Chief of police, Charles Flynn, makes an impressive annual salary of $285,693. Flynn ranks in at the fourth-highest-paid local public employee in New York state, according to the report from the ­Empire Center. Village Attorney John Ritter said the department keeps crime low and that taxpayers were happy to cough up big bucks to keep it that way. “We are fortunate not to have major felonies. I cannot remember a homicide, and I’ve been with the village since 1985,” he said. h/t nypost