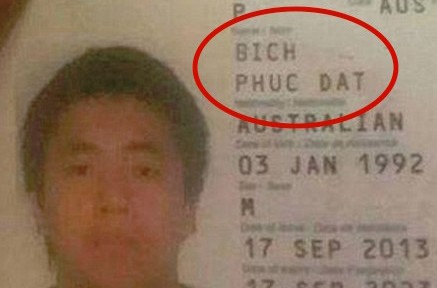 The man’s legal name: Phuc Dat Bich, and he even showed his passport to prove it. Bich’s rant has become a international Twitter trend in the United States.