Tonight: GOP Debate And Then There Were Eight 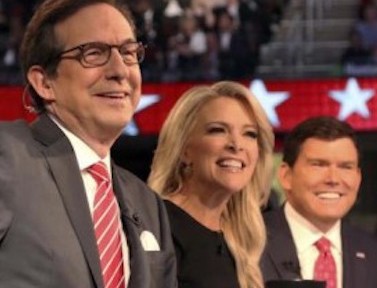 Fox Business is hosting tonight’s GOP debate and in the process promised that they will avoid the problems of the CNBC affair.

Republican Party leadership bitterly objected to CNBC’s debate, calling them out for bias. In the fallout, the GOP suspended its partnership with NBC for another scheduled debate next year. LIVE STREAM. How to watch: The eight candidates will take the stage for the prime-time debate Tuesday at 9 p.m. ET, while four others qualified for the lower-tier, “undercard” debate at 7 p.m.

According to Real Clear Politics’ average of five recent national polls, here’s a look at where the candidates stand entering Tuesday night. From the top tier: