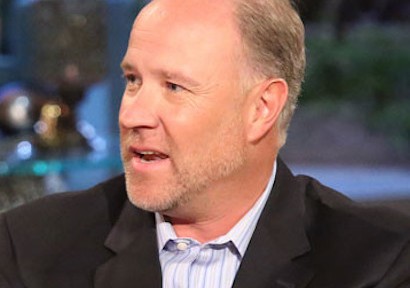 Did Brooks Ayers lie about being treated by City of Hope for cancer? That’s a touchy subject and not one to be played with, but if you believe new reports, the answer may be “yes.”

E! News is reporting that a representative for the City of Hope says that the Real Housewives of Orange County star was never treated for cancer at any of their facilities. And now Ayers’ representative is declining to comment. In a sit down interview with E! News last week, Ayers came prepared to shut down any naysayers about his cancer diagnosis, going as far as presenting documents with “City of Hope” printed across the top of them to prove he was receiving treatments for the disease at their facility.

“These are the three bills that reference the days I got my treatment,” he explained to us, sharing one chemo treatment that cost $33,000. “I’m not going to say I’m in remission. That’s not going to be the case until my numbers have normalized and that’s the word that was used to me.”

However, the hospital representative confirms they have never treated anyone by the name of “David Brooks Ayers” at their facilities. h/t eonline E! News says they found “inconsistencies” with the documents Ayers produced, and the City of Hope logo was the first major red flag.