Cancer Patient: If You Make Me Wait For Star Wars It May Be Too Late #ForceforDaniel 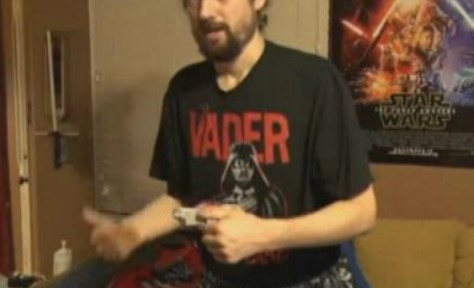 A terminally ill cancer patient is pleading with moviemakers to let him see the new Star Wars “The Force Awakens”, before he dies.

Daniel Fleetwood, who has been a “Star Wars” superfan since his youth, is dying and his final wish is to see the new Star Wars movie, but there’s a chance he won’t live to see until the premiere. Twelve years ago, he was the subject of an article in his hometown newspaper for camping out for tickets. The 32-year-old Texas man’s greatest hope is now also his dying wish: to see the latest installment of the movie before he passes away. “Judging by how progressive the disease has gotten in the past two months, I really don’t think I’ll be able to make it,” he said. “The Force Awakens” is schedule for nationwide release on Dec. 18.
h/t whdh

Daniel should’ve already passed away, but he believes he’s hanging on to see the movie. A campaign has even started to get him a private screening of the movie, using #ForceforDaniel.