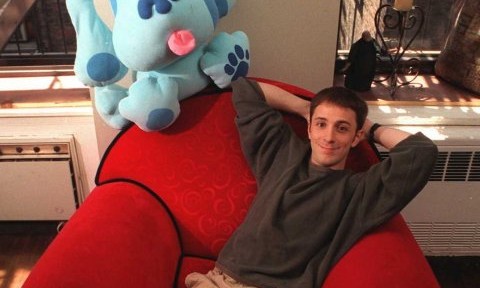 You may have heard that Steve Burns of Blue’s Clues was killed in a car accident. Before you shed a tear or order him flowers, be advised, the popular TV star is very much alive.

In November, 2015, a faux news website, “MSMBC News” posted a video and accompanying article reporting Burns, best known as the original host of the long-running children’s television program Blue’s Clues from 1995 to 2002, had been killed in an automobile accident. Steve Burns, 42, was killed in a one-car crash in Pennsylvania, a local coroner said. Burns was pronounced dead at 7:11 p.m. Friday at The Reading Hospital and Medical Center in Reading, Berks County Coroner Randall Wiseman told The Associated Press. Burns, best known as the original host of the long-running childrens television program Blues Clues, suffered severe head trauma and internal injuries after he wrecked a 2014 Dodge Challenger near the community of Shillington. Within hours many readers were circulating references and links to the article via social media as if it were a genuine news report. However, there was no truth to the story: “MSMBC News,” hosted at msmbc.co is a fake news site that plays upon its deliberate similarity to the legitimate MSNBC news organization and domain (msnbc.com) to lure readers into believing and spreading their fictitious, clickbait stories. h/t snopes This particular phoney post echoed a long-running urban legend claiming that Burns passed away after overdosing on heroin.