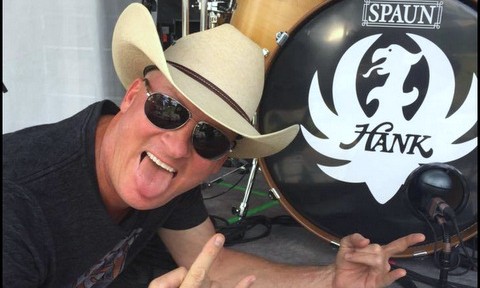 Kevin Fowler shared some rather gruesome photos of his his friend Tommy’s hand on social media, following a nasty rattlesnake bite.

The country star was blasted by people that were angry over him killing the venomous snake located in his shed. The singer posted photos on Facebook of a rattlesnake bite and the horrific aftermath.

The graphic photos show his friend’s hand after a bite last year.

Fowler hit back at “rattlesnake sympathizers”.

Randy Fowler said he did not feel one bit guilty about killing the rattlesnake, adding that people would be singing a different tune if their child was bitten while outside playing.

Fowler wrote on Facebook, “Ran into this little fellow in my shed this week. Third one this month. All of you people who cry about folks killing rattlesnakes have probably never seen what it looks like when you get bit by one.

“The other two pics are of my buddy Tommy’s hand after getting bit last year. He’s still going through surgeries and rehab. All of you rattlesnake sympathizers will change your tune when your kid gets bit playing in your backyard.” One person responded to Fowler’s post saying it is “stupid to take over a creature’s habitat and then complain about the consequences”.

The Facebook comment stated, “Wonder if the snakes friend is posting pics of his dead buddy and convincing every one to kill humans? Kinda stupid to take over a creatures habitat and then complain about the consequences.

“I’m sorry your friend got bit, but that’s the risk you take when move into their territory which is getting smaller every day. Hope your friend recovers soon.”

Another person put in their two cents, writing that just because venomous snakes can bite it does not mean to be “redneck Neanderthals and kill them all. Learn to be a real country boy and coexist.”

Some of Fowler’s supports wrote that the “only good rattlesnake is a dead one.” One person on the singer’s side posted, “Sympathizers are obviously not dealing with them on a daily basis as we do here in North Texas?! That’s all I can assume based on these comments.

“My brother got barely SLICED on his toe, and almost lost his whole leg. Going on 12 years ago and he STILL deals with muscular damage all the way up his thigh. No, he wasn’t trying to kick it, it struck with NO warning, because YES they are adapting and no longer give a ‘warning rattle'”.

He advised to remain still and not make sudden movements if you encounter a rattlesnake.

Lightfoot adds that, “99 times out of 100, the rattlesnakes are going to try and get away. They’re part of the landscape as well so it’s best to be educated and informed so you can be aware of your surroundings”.

Would you kill a rattlesnake if you found one near your home? We sure would!